This was the week that will be remembered in the history books for that Trump conference, where the president elect stuck it to the world’s “fake news” media and the establishment.
Not only was it highly entertaining, but it also created a lot of volatility, which after all is what us traders live for!

So let’s recap on my analysis tweeted at the beginning of the week and see how I did.

On Monday, I tweeted the 4 hr EUR/USD chart below for which I had a bullish bias.There were a number of reasons – first the stophunt of the prior low of 20th December (red line). Secondly, there were untested stops just above already tested supply. I was also aware that the fresh supply zone above may act as a magnet for the market.

The blue arrows indicated potential areas where I would be interested to buy. 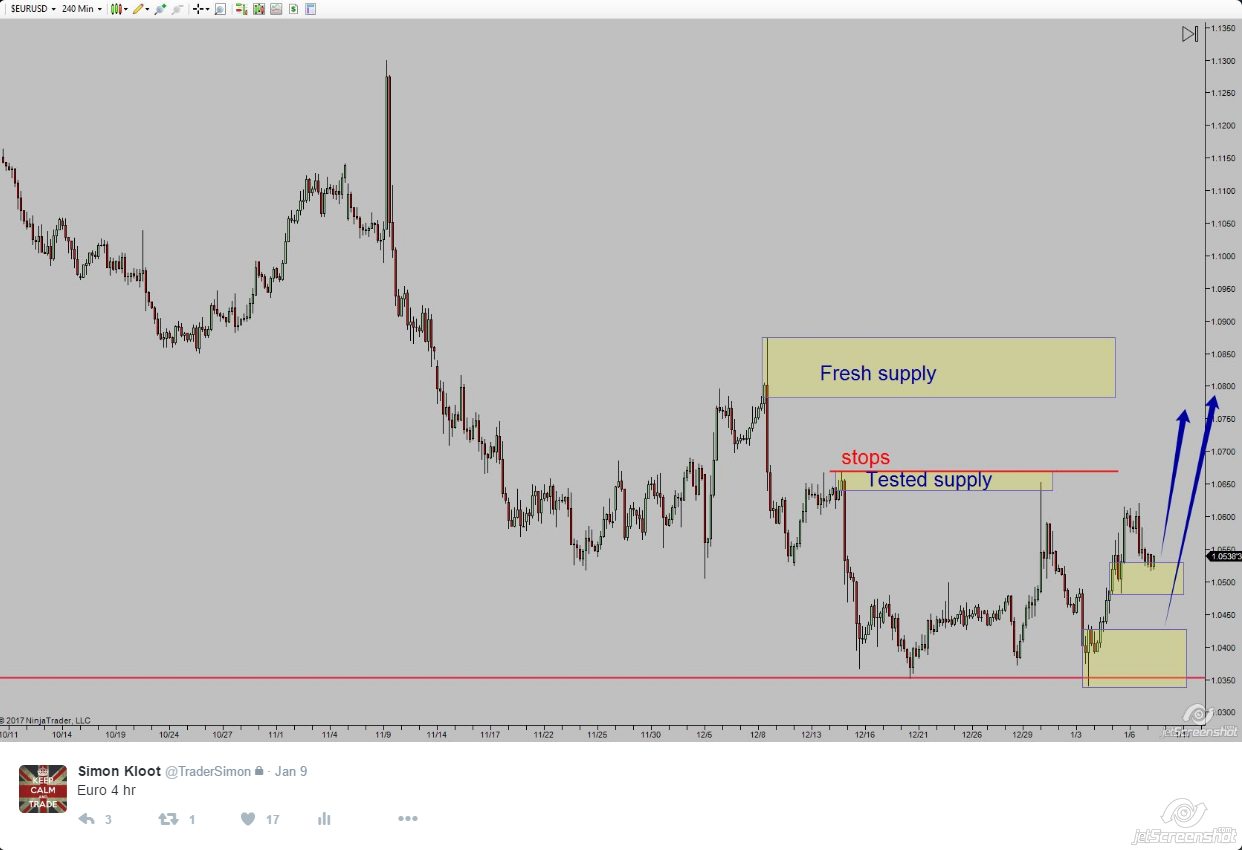 On the 15 minute chart, I narrowed down my demand zones as follows. These areas are where I was interested in going long into the higher timeframe setup.

I attempted a buy off the top demand zone which I scratched and a 2nd successful attempt from the zone below that (which I preferred). The 2nd zone gave me a 90 pip profit, but the market actually went another 100 pips, taking out the stoplosses that I had marked on the 4 hour chart.

Can you tell why I preferred the 2nd LTF demand zone? That’s going to be left as an exercise to the student! 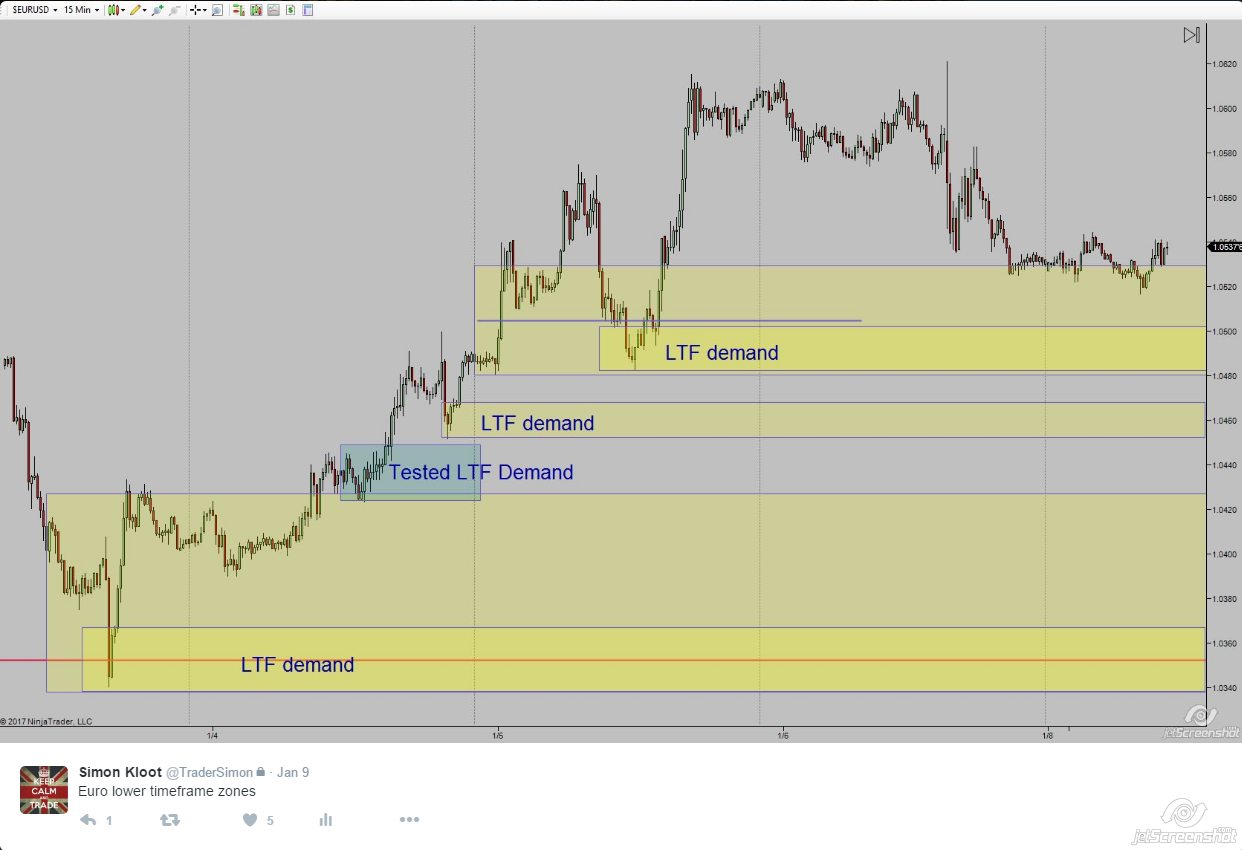 So let’s see what happened?

Well, the 4 hour played out more or less as I predicted. We got the first initial bounce from demand.

Now I know what you’re thinking? – I would have missed the 2nd buying opportunity that gave way to the big move, as it didn’t touch my 4 hour zone! Well lets look at my 15 minute chart next, and see how it played out… 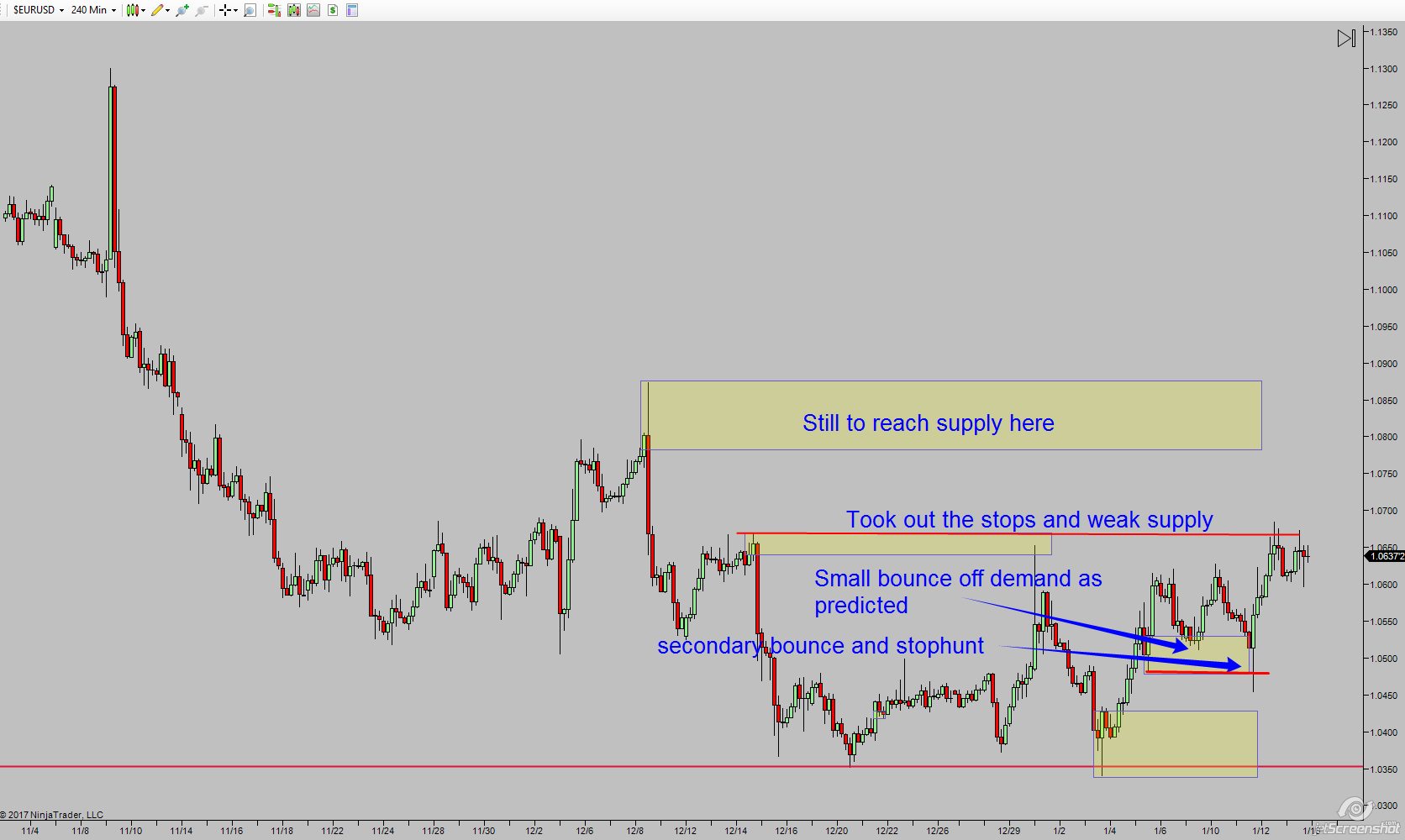 On the 15 minute chart (below), the market hit my 2nd demand zone during the Trump press conference. It came down fast, but bounced perfectly. It then pinned and made a scary move down again. This is where you need to put all emotions aside and stay firm with your trading decisions. Balls of steel, right?

As a matter of fact, the second move down gave an excellent opportunity to get long at minor demand that the initial move had created. 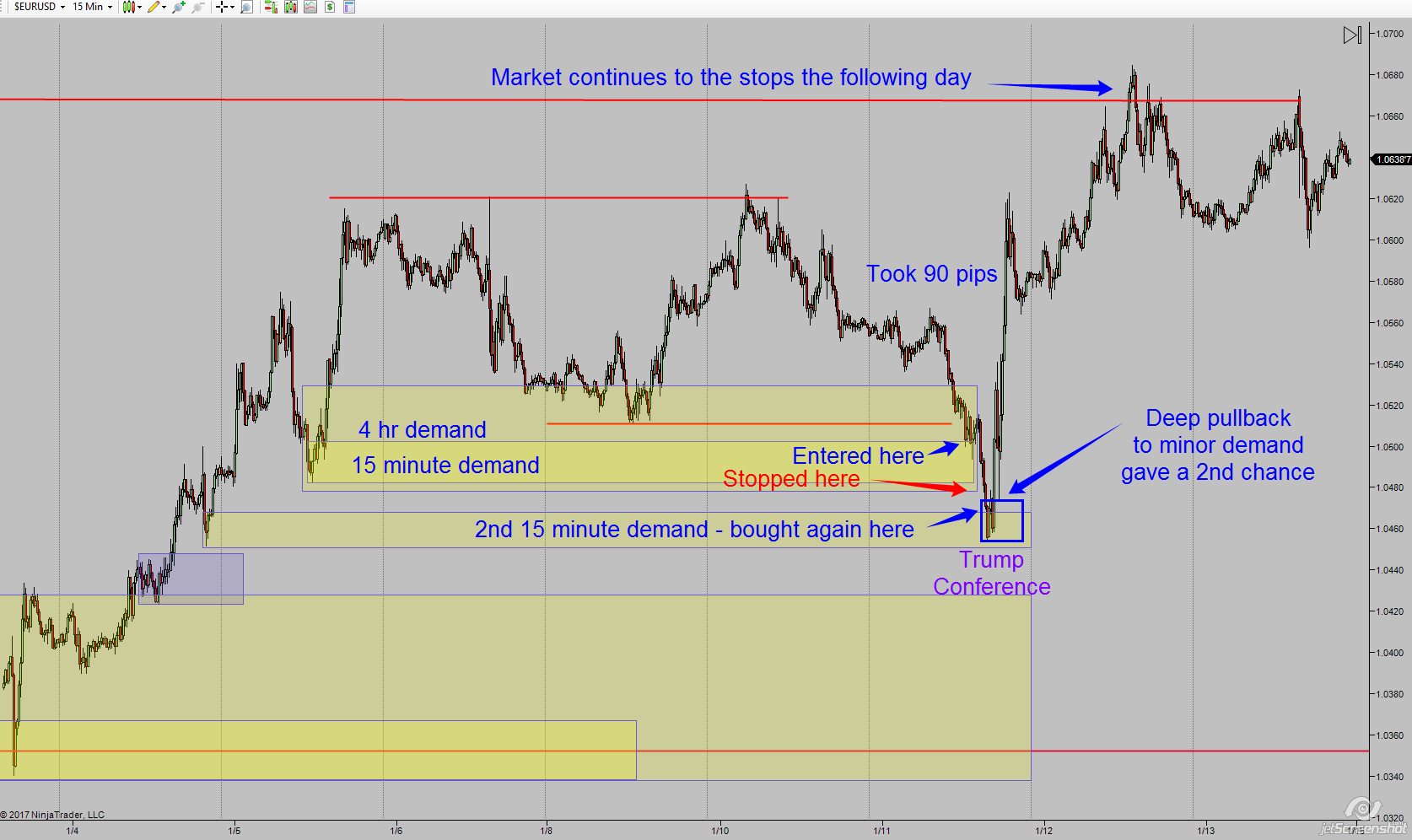 Finally, I also tweeted a gold chart on Tuesday, which had already bounced off demand. I was looking for a pullback and then continuation to supply. 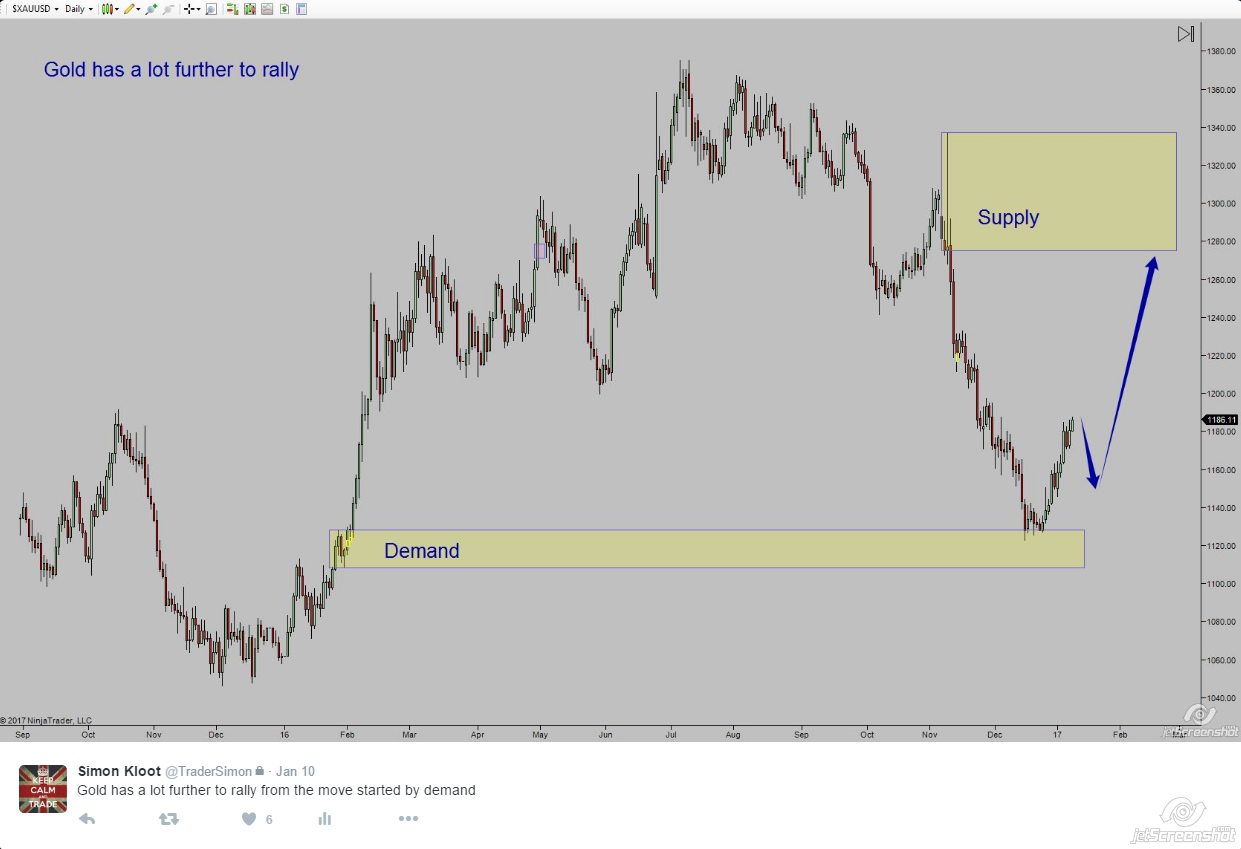 I got the bias correct on this one, but unfortunately there was no pullback – it’s 20 points higher now. Close, but no cigar as they say!

Wishing you all a good weekend.

If you enjoyed this article, please use the social media buttons to share. Thanks!