Why do most traders fail? 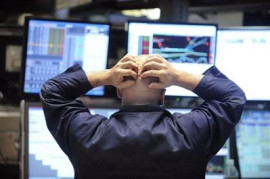 It is a common and unfortunate fact that 90% of traders fail. Unlike other professions where the student is guided through a clear learning path to a glittering career, the road to trading success is paved with pitfalls and dead ends.

An entire industry has sprung up to provide trading education; books, courses, chatrooms, webinars… most of them dispelling advice that simply isn’t true. I can still remember the time a very well respected seller of trading courses told me the more a support and resistance level is tested, the stronger it is. When in fact the opposite is true.

The majority of trading books out there simply aren’t worth the paper they are printed on. The market is well aware of the standard technical analysis methods that these books document. Often these widely known methods will be used to trap the retail trader. For instance, how many times have you bought at support, only to be stopped out and then the market goes your way? Or you were told to sell when the moving averages crossed over, only to see the market rocket shortly after? Furthermore, I’m sorry to shatter your illusions, but do you really think the market cares about your Fibonacci level or pivot point?

Trading is a zero sum game. Those who truly know how the market works will get paid from the majority of retail traders who don’t. The point I am making is you have to do things differently to the 90% of those who will never make it in this business.

Those who truly know how the market works will get paid from the majority of retail traders who don’t.

Let’s talk about indicators for a minute…

I’m going to upset a lot of people here, but indicators are the downfall of most retail traders. The market movers know you are waiting for the moving averages to cross before jumping in on a trend.The problem is, the moving averages crossed 100 pips after the trend changed! They also know that you are planning to sell the market because the stochastics are overbought and you will continue doing so at every overbought signal until you belatedly realise price is in a relentless up-trend and you have a few pennies left in your account. 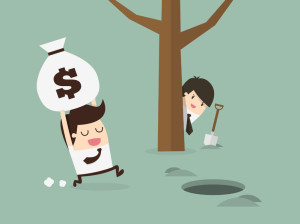 The trader can also fall into the trap of the endless pursuit of indicators, believing that the next indicator he/she stumbles upon will be the Holy Grail. The problem with most of these indicators is they are lagging, i.e. they show what has happened to price in the past. They bear no relation to the current moment or what is about to happen.

A common complaint of the retail trader is that their broker hunts their stoploss. There are tricks played by less scrupulous brokers to target your stoploss. Brokers can cause trades to be stopped by widening spreads during news announcements, reducing margin to trigger a margin call, or introducing erroneous spikes into the price feed. Other tricks include delaying execution and freezing the platform. One thing brokers can’t do is quote vastly differing prices for too long or somebody would take advantage by arbitraging against them.

The best place for banks to get in is where other traders are desparate to get out… i.e. their stoploss.

The market itself hunts stops on a regular basis. You see, most traders stops are gathered in the same place, above or below swing highs or lows. It doesn’t take a genius to work out where the stops are. Now, if the Investment Banks want to fill their orders, they need to buy or sell at a place where they won’t cause price to move against them. The best place for banks to get in is where other traders are desparate to get out… i.e. their stoploss.

Another reason why traders fail is because of something I call “backtesting blindness”. A trader finds a chart pattern or something that looks like it will work well and looks at past charts to find similar occurrences. The problem is that the mind ignores instances of the pattern that have failed and focuses on those instances that would have produced a winning trade. Look at a chart and try to find failed instances of your favourite chart pattern and you will see what I mean!

Risk management and psychology also play a huge part in a trader’s profitability. These subjects are worthy of articles themselves and I will cover these points in another article.

Why The Impulse Move Is Key To Understanding Markets
August 14, 2020

Are You Making These Common Mistakes With Supply & Demand?
February 22, 2019 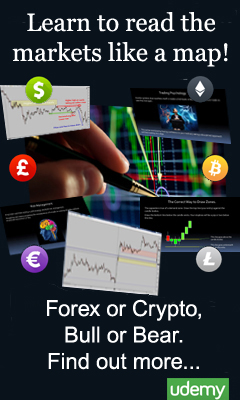